The Bumpy Road to Two Percent

Ten years into a historic economic expansion, inflation remains surprisingly subdued. Is this a problem or a benefit? San Francisco Federal Reserve Bank President Mary Daly will talk about navigating this debate and finding clarity as a policymaker.

Daly became president and CEO of the Federal Reserve Bank of San Francisco on October 1, 2018. In this role, she participates on the Federal Open Market Committee, bringing the 12th district’s perspective to monetary policy discussions in Washington, D.C.

Daly is a widely respected expert on labor markets with an unusual breadth of personal experience. She dropped out of high school at the age of 15, working in a doughnut shop and at Target before a friend persuaded her to earn a general education diploma. She worked her way through college at the University of Missouri–Kansas City, then earned a doctorate from Syracuse University before joining the Fed in 1996. Prior to her appointment to president, Daly served as the bank’s executive vice president and director of research. Daly has become a strong voice for increasing diversity among the leadership ranks of the Federal Reserve System by building the pipeline of women and minorities entering the economics profession.

Come hear a unique perspective from an official responsible for supporting a safe, sound and stable American financial system.

Ph.D., Professor of Entrepreneurship and Innovation, University of San Francisco School of Management—Moderator 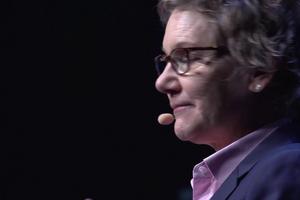