Celebrate Women’s History Month and International Women’s Day with an intimate conversation with San Francisco Mayor London Breed. Following her election in 2018, Mayor Breed is the city’s first African-American female mayor and just the second woman to ever hold the office, elected during a historic year for women’s representation in local and national politics.

The mayor has lived a life of public service. Prior to her election as District 5 supervisor in 2012 and her service as Board president from 2015–2018, she served as executive director of the African American Art and Culture Complex in the Western Addition for 10 years. She also served as a San Francisco Redevelopment Agency commissioner for five years and in 2010 was appointed by the then Mayor Gavin Newsom to be a San Francisco fire commissioner.

Join INFORUM as we hear from Mayor Breed on the priorities for her administration, with a lens of economic justice, on the biggest issues of our day, including housing, criminal justice reform, education and public safety. 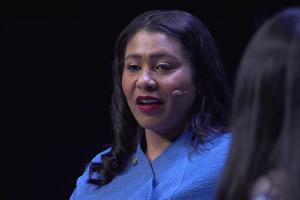