Shane Bauer: The Business of Prison

In 2014, Mother Jones journalist Shane Bauer made national headlines when he went not-so-undercover as a guard at Winn Correctional Center, a private prison in Louisiana. He used his real name, and due to lack of any real background checks, remained employed for four months. In that short time, Bauer witnessed firsthand the horrific conditions both prisoners and guards faced at the hands of the billion-dollar private prison industry and wrote an exposé that became Mother Jones’ most read piece of all time. He argues that the private prison system is rarely held accountable for the atrocities that happen quietly within its concrete walls.

Join Bauer as he discusses his unique experience, the for-profit prison industry’s past and present in American history, and the state of justice at that intersection of our legal system, capitalism and mass incarceration. 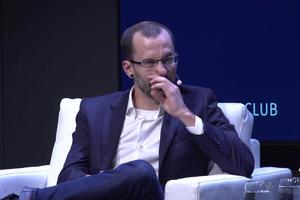 SHANE BAUER: THE BUSINESS OF PRISON