“What the hell do you have to lose?”

During his 2016 campaign, then-candidate Donald Trump posed this question to African-Americans, asking them what they had to lose in voting for him. To Fox News host Juan Williams, this comment struck a nerve. While President Trump considers himself a protectorate for African-American communities around the nation, Williams argues that Trump’s record of racist remarks and his reluctance to condemn acts of racialized violence demonstrates otherwise.

Williams illuminates all the rights and privileges that communities of color fought for in the past, rights he now believes should be relentlessly protected today. He focuses on key components of the 1964 Civil Rights Act and lesser known heroes such as Bob Moses, A. Philip Randolph and Everett Dirksen.

Join us for a powerful conversation about the war on civil rights and where America can move forward.

Juan Williams
Co-Host, Fox News’ "The Five"; Author, What the Hell Do You Have to Lose? Trump’s War on Civil Rights; Twitter @TheJuanWilliams 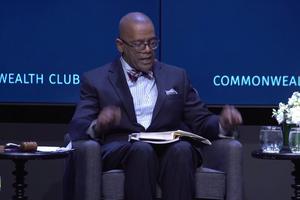