Internetting with Amanda Hess and The New York Times

Memes, tweets, stories, DMs, emojis, face filters, viral dog videos—as a culture, we seem to be at the peak of the Internet age. Or are we just getting started?

The online series “Internetting with Amanda Hess” is, according to The New York Times, "everything that's weird, wrong and totally sad about internet culture.” It's an emoji- and insight-filled look at a place where we all spend a lot of time. Join us for a live discussion with Hess. She will dissect intersections of race, gender and feminism that exist within the digital frameworks of society. She might also share a gif or two … or ten.

Hess will be in conversation with writer Thomas Page McBee, author of Amateur, a book that examines modern masculinity through the lens of his own experience as a transgender man, and Samhita Mukhopadhyay, executive editor of Teen Vogue and author of Nasty Women: Feminism, Resistance and Revolution in Trump’s America. 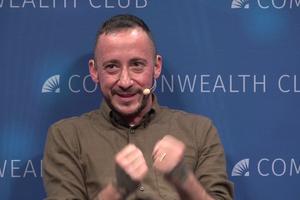 INTERNETTING WITH AMANDA HESS AND THE NEW YORK TIMES