On New Year’s Day 2014, Brittany Maynard discovered that she had terminal brain cancer. Despite an eight-hour surgery and extensive assessments, it was concluded that she had six months to live. Choosing peace over pain and to die with dignity, Maynard and her husband, Dan Diaz, moved from their home in California to Oregon, one of four states at the time that offered a terminally ill patient the option of medical aid in dying. She died on November 1, 2014 at the age of 29.

Before her death, Maynard publicly proclaimed the necessity to expand end-of-life options. Her husband continues this message, tirelessly advocating to government officials, medical institutions and communities across the nation. Prior to Maynard’s death, only four states legalized medical aid-in-dying programs. With the help of Diaz and others, legislation has been successfully passed in California; Colorado; Washington, D.C.; and Hawaii.

Diaz continues to be a passionate advocate for the expansion of medical aid-in-dying programs with The Brittany Fund, an initiative of Compassion & Choices, the patients’ rights nonprofit. Come listen to Diaz share a powerful story of dying with dignity and the movement towards legalization.

This program is generously supported by Northern California Grantmakers. 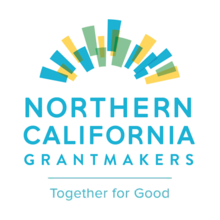 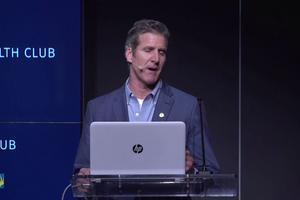