David Gergen is one of America’s most respected political observers, noted for his calm demeanor and perspective, having served as a White House adviser to four U.S. presidents of both parties: Richard Nixon, Gerald Ford, Ronald Reagan and Bill Clinton. Professor Gergen has been a regular commentator on public affairs for some 30 years and is an honors graduate of Yale and Harvard Law School. Come for a rare, insightful conversation about the impact of the Trump presidency and the future of America. 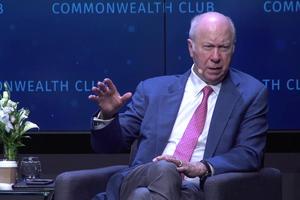