A Bipartisan Approach to Health-Care Reform

Early in 2018, many of the best known leaders from across American health care joined forces to launch United States of Care, a bipartisan initiative to ensure access to quality, affordable health care for every American. The founding belief is that when political rhetoric is removed, Americans outside of Washington agree more than they disagree about health-care access and coverage. The organization seeks politically and economically viable solutions that can garner broad support that won’t disappear with the next election or presidential administration. The group’s Board and Founders Council is a who’s who of U.S. health care, several of whose members will be on hand for this lively discussion. 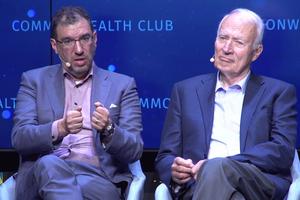 A BIPARTISAN APPROACH TO HEALTH-CARE REFORM