What is being done in California and beyond to safeguard the rights of transgender people, especially as the current administration rolls back Obama-era protections? And what is the role of young people in advancing this issue?

As a prominent face of the transgender rights movement, 18-year-old activist Gavin Grimm has unique insight to share on the matter. In 2014, Grimm and his family told his Virginia high school he was transgender, and then, amidst uproar from some parents, the school administration barred Grimm from using the boys’ bathroom. So Gavin sued his district, stating that the decision violated Title IX, which prohibits sex discrimination in schools that receive federal funding. Grimm then quickly gained national attention and the respect of transgender activists including as Laverne Cox and Janet Mock. Today, his case in Virginia is still pending. July 9 marks the 150th anniversary of the ratification of the 14th Amendment to the U.S. Constitution in the wake of the abolition of slavery, and Grimm and moderator Abdi Soltani, executive director of the ACLU Northern California, will address the principles of equal protection afforded by the amendment.

Join INFORUM, Grimm and Soltani for a conversation about youth activism, the cultural and legal shifts around transgender rights, and the status of space and protection for minority and vulnerable populations in our society.

In association with San Francisco Pride 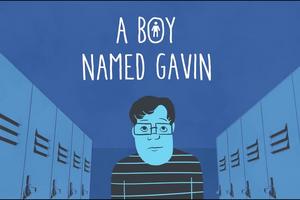