Sally Kohn: The Opposite of Hate

Whether on social media or television screens, there's increasing divisiveness, hate, vitriol, and more as people discuss their perspectives in public forums. As a progressive commentator on Fox News and CNN, Sally Kohn has earned a reputation as someone who can build bridges across party lines - but even she has her limits.

Through conversations across America, the Middle East and Rwanda with scientists, white supremacists and even some of her own Twitter trolls, Kohn will help us understand how hate develops and what we can do to stop it from growing and consuming us. 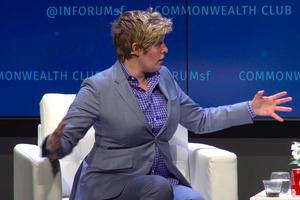 SALLY KOHN: THE OPPOSITE OF HATE