From late-night TV to Lean In, America has heard Nell Scovell’s words for years, but as a writer, she’s always worked behind the scenes. Now, Scovell shines a bright light on her experiences as a writer and advocate for women in the workplace and reveals her thoughts on the ongoing cultural revolutions in Hollywood, Silicon Valley, and beyond. Scovell will be in conversation with Kara Swisher, another leader in cultural coverage and executive editor of Recode.

Only the second female writer to ever work on "The Late Show with David Letterman," Scovell championed diversity and inclusion in the writers' room and beyond. She spent the earlier days of her career writing for publications such as Vanity Fair, Vogue, and Rolling Stone and working as the creator and executive producer of "Sabrina, the Teenage Witch." In 2009, amid reports of sexual harassment at "The Late Show with David Letterman," she stepped into the spotlight to speak publicly about her own experiences with discrimination and sexual favoritism. More recently, Scovell co-authored Lean In with Sheryl Sandberg, lending her sharp and witty voice to a groundbreaking story of female empowerment that has inspired millions of readers worldwide.

Join Scovell as she shares her experiences and stories from her new book and opens up about her rise to the top of a highly competitive and male-dominated industry that is now under fire and facing changes.

In conversation with Kara Swisher 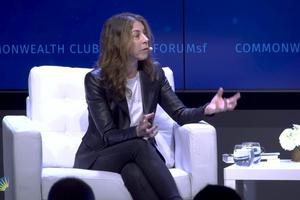