The People Versus Democracy

From India to Turkey, Poland to the United States, authoritarian populists are now in power. Does this mean democracy itself is at risk? Two core components of liberal democracy―individual rights and the popular will―are increasingly in conflict with each other. As the role of money in politics has soared and important issues have been taken out of public contestation, a system of “rights without democracy” has taken hold. Populists who rail against this say they want to return power to the people, but in practice they create something just as bad: a system of “democracy without rights.”

Drawing on vivid stories and original research, Yascha Mounk identifies three key drivers of voters’ discontent: stagnating living standards, fears of multiethnic democracy and the rise of social media. To avoid giving up on either individual rights or the popular will, Mounk believes politicians need to enact reforms that benefit the many, not just the few.

In Conversation with Francis Fukuyama 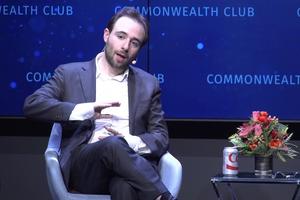 THE PEOPLE VERSUS DEMOCRACY