In 1971, young defense analyst Daniel Ellsberg took on the Nixon administration, risking his career and freedom to leak the Pentagon Papers and show the world that the U.S. government had lied repeatedly about winning the war in Vietnam. Since then, Ellsberg has been a tireless activist for freedom of the press, whistleblowers’ rights and government accountability. Now, for the first time, Ellsberg is sharing his findings from his most ambitious project yet, The Doomsday Machine—a stunning insider’s tale of the American nuclear regime in the 1960s.

Ellsberg will reveal the terrifying truth behind the American Cold War defense strategy, from the disturbingly large number of people with the ability to initiate a nuclear strike to the shocking plans developed by the Eisenhower administration for all-out nuclear war. Ellsberg will also discuss his fears that the Trump administration’s current policies will plunge the world’s great powers back into a costly arms race with the potential for global annihilation.

Ellsberg is an award-winning defense analyst, author, speaker and activist. A Harvard-educated nuclear strategist and former Department of Defense policy expert, Ellsberg gained national attention when he leaked the Pentagon Papers to The New York Times, creating a scandal for the U.S. military and greatly discrediting those who advocated for continuing the Vietnam War. Ellsberg is also a co-founder of the Freedom of the Press Foundation. Join Ellsberg for an important conversation about truth and deception, military excesses, and the very survival of the human race. 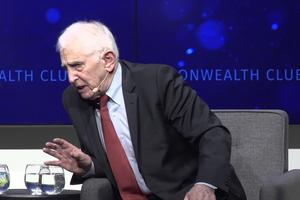