Overlooked by his father, and overshadowed by his brother, Bobby Kennedy was the perpetual underdog. Drawing on extensive research and interviews, MSNBC host Chris Matthews pulls back the curtain on the younger Kennedy’s public and private life. Matthews covers significant moments, from Kennedy’s childhood and start in politics to his crucial role as attorney general in his brother’s administration and his tragic run for president. 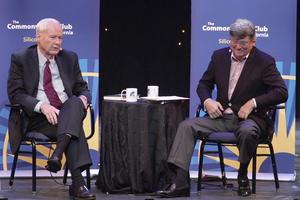