When rape allegations against Gabrielle Union’s co-star Nate Parker surfaced a month before the release of the film The Birth of a Nation, Union made headlines when she spoke out about her own experience of being raped as a young woman, and she urged compassion for other survivors of sexual assault. Today, Union is an important and powerful voice for rape survivors, and she advocates against sexual violence while also juggling her work in Hollywood, her many business endeavors and life with her family.

In her debut book, We’re Going to Need More Wine, Union shares stories and essays on race, gender, feminism, sexuality, fame, marriage, beauty and more, all with the trademark honesty and humor her fans have loved for years. Join Union and INFORUM and get real over a glass of wine. 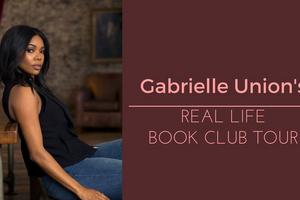