DeRay Mckesson: Power of the People

DeRay Mckesson has become one of the most recognizable faces in the fight for racial and social equality through his work as a Black Lives Matter leader.

Mckesson leverages his extensive social media network to encourage others to speak out online and to turn out in the streets to protest police brutality. His work has inspired people from Ferguson to Baton Rouge and beyond to discover their power and to push back against injustices in their communities and fight for their rights. Last year, Mckesson gained national notoriety as one of more than 100 people arrested in Louisiana during a protest in response to the police shooting of Alton Sterling.

Mckesson is one of the founders of Campaign Zero, a 10-point policy plan for police reform, and in 2016, he was a candidate for mayor of Baltimore. In addition to his role as an organizer, McKesson served in administrative positions in both the Minneapolis and Baltimore public school systems. He is a Teach For America alum. Recently, McKesson joined Crooked Media as the host of the podcast "Pod Save the People,” which is focused on activism, social justice, culture and politics. Recent guests include John Legend, Valerie Jarrett, Edward Snowden and Katy Perry.

Host, "Pod Save the People"; Civil Rights Activist and Organizer 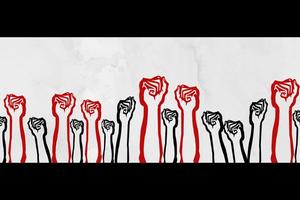 DERAY MCKESSON: POWER OF THE PEOPLE