In a climate of seemingly unprecedented polarization, can Republicans in California make a comeback? It may seem daunting, but as the mayor of California’s second most populous city, Kevin Faulconer strives to appeal to all. Elected 36th mayor of San Diego in 2014 after a highly publicized special election, Faulconer easily won reelection in 2016. He has focused on improving infrastructure, reducing homelessness and creating neighborhood safety initiatives. He has joined Democrats with a strong commitment to environmental protection and a pathway to citizenship for immigrants, which have put him in direct opposition to the Trump administration and other Republicans on the national stage.

Will Kevin Faulconer popularize his brand of Republicanism in California? What is next for the mayor of San Diego in his second term? Faulconer has maintained his desire to stay in the city, but Republicans in California are eager to put forward strong candidates for the gubernatorial race in 2018. Bring your questions as one of California’s rising stars joins us at The Commonwealth Club for a conversation on the new face of California Republicanism. 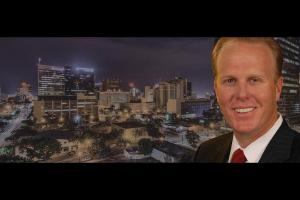