For many years after its reform and opening in 1978, China maintained an attitude of false modesty about its ambitions. That role has been set aside, asserts panelist Howard French, who says China has revealed plans for pan-Asian dominance by building its navy, increasing territorial claims to areas like the South China Sea, and diplomatically bullying smaller players. Hear from French and China analyst George Koo, who says that whatever China’s plans, following a western template to become a global hegemon is not a likely outcome, nor will “false modesty” necessarily find any validity. Come for a fascinating discussion about the historical context of China’s actions and what the future holds for the U.S. relationship with China under the Trump administration.

In association with The Committee of 100

Former New York Times Asia Correspondent; Author, Everything Under the Heavens: Empire, Tribute and the Future of Chinese Power 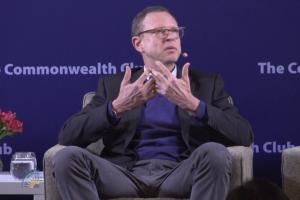