Over the coming decades, artificial intelligence will profoundly impact the way we live, work, wage war, play, seek a mate, educate our young and care for our elderly. It is likely to greatly increase our aggregate wealth, but it will also upend our labor markets, reshuffle our social order, and strain our private and public institutions. Eventually it may alter how we see our place in the universe, as machines pursue goals independent of their creators and outperform us in domains previously believed to be the sole dominion of humans. Jerry Kaplan is widely known as an artificial intelligence expert, serial entrepreneur, technical innovator, educator, bestselling author and futurist. He co-founded four Silicon Valley startups, two of which became publicly traded companies, and teaches at Stanford University.

Join Kaplan for an illuminating conversation about the future of artificial intelligence and how much humans should entrust to machines.

Entrepreneur; Author, Artificial Intelligence: What Everyone Needs to Know

In conversation with John Markoff 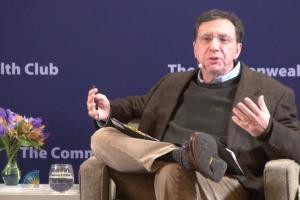