Historian Saul Friedländer: The Holocaust and Its Importance in 2016

Saul Friedländer is widely regarded as one of the quintessential experts on the Holocaust. Forty years after his Pulitzer Prize-winning masterpiece, The Years of Extermination: Nazi Germany and the Jews, 1939-1945, Friedländer returns with When Memory Comes: The Later Years, bridging the gap between the ordeals of his childhood and his present-day towering reputation in the field of Holocaust studies. After abandoning his youthful conversion to Catholicism, he rediscovered his Jewish roots as a teenager and built a new life in Israeli politics and a lifelong fascination with Jewish life and history. Friedländer went on to spend his adulthood shuttling between Israel, Europe and the United States, armed with his talent for language and an expansive intellect.

Join us for a rare conversation with this renowned historian, who will share his personal story and his insights on the relevance of the Holocaust to the world of 2016.

Historian; Professor, UCLA, Author, When Memory Comes and Where Memory Leads: My Life

In conversation with Stephen Pearce 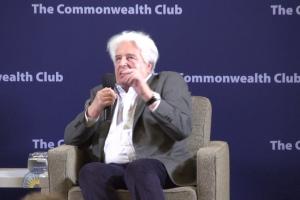 Historian Saul Friedländer: The Holocaust and Its Importance in 2016