San Francisco Giants CEO Larry Baer has stated that hiring Bruce Bochy was "probably the best move [Giants management] ever made.” Here’s a chance to get Bruce Bochy’s take on the Giants 2016 season and on his personal side as well. As a Major League manager, Bochy has one of the more stressful jobs imaginable. What does he do to relax? He goes for long walks as a way to clear his head, calm his soul and give his body a workout, all of which is the subject of his new book, A Book of Walks.

Here’s a rare chance to meet Bruce Bochy off the field. Bring your questions. 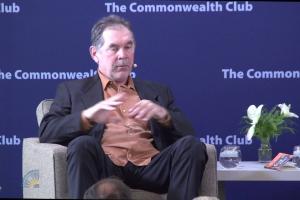