The year 2016 will be one of the most historic years in politics: It marks the potential for the first female president of the United States, and the 100th anniversary of the first woman elected to Congress. Additionally, in 2016, single women will be one of the most pivotal voting groups heading into the general election, being courted by Democrats and Republicans. At the centennial of the first woman elected to Congress (which was three years before women legally earned the right to vote), their presence and influence in Washington has reached a tipping point that affects not only the inner workings of the federal government, but also directly influences how Americans live and work. Jay Newton-Small will discuss how women make an enormous impact once they reach critical mass (20–30 percent) in the private and public sectors. 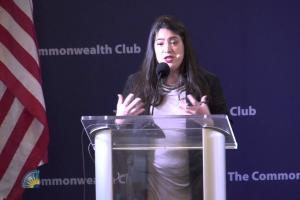