Shannon Watts is a mother of five who, prior to founding Moms Demand Action, was a stay-at-home mom and former communications executive. The day after the Sandy Hook tragedy, Shannon started a Facebook group with the message that all Americans can and should do more to reduce gun violence. That online conversation turned into a grassroots movement of American mothers fighting for public safety measures that both respect the Second Amendment and protect people from gun violence. Together with Everytown for Gun Safety, Moms Demand Action is the leading gun violence prevention organization in the country, with more than 3.5 million members and chapters in all 50 states.

Since its founding, Moms Demand has taken the fight for new and stronger gun laws to the states, passing background check laws in six states and battling gun bills that it thinks would undermine public safety. It persuaded corporations such as Starbucks, Target and Chipotle to adopt "gun sense" policies that put the safety of their employees and customers first. It's shaping the conversation about responsible gun ownership in America through its Be SMART campaign, which encourages responsible gun storage. And now, Moms Demand is building on these victories by making gun violence prevention a political priority in the upcoming 2016 elections.

Join INFORUM for a relevant and engaging discussion with Shannon about this important topic. 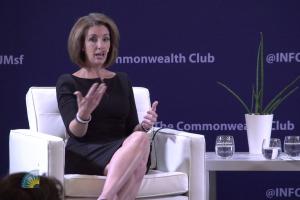