With the acumen of a seasoned Democratic activist, Brock takes readers inside his Democratic war rooms and their constant struggle with Republican candidates for control of the story lines and messages that will decide the 2016 election. He’ll provide a no-holds-barred playbook for what he says the new right-wing elite will do in this election cycle and what engaged and informed citizens who oppose them can do. 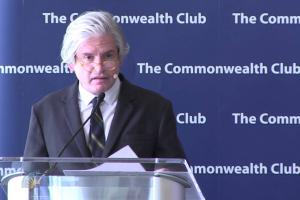