The Crossroads of Food and Rock 'n' Roll

This program is part of the 2015 Platforum series Music Matters, sponsored by Ernst & Young and the John and Marcia Goldman Foundation.

In recent years, the confluence of food and music has become more apparent with festivals like Outside Lands and restaurants that double as concert venues. Both industries seem to overlap and intertwine as longtime music industry vets are leaving their careers to open restaurants, and people who are passionate about food and music are finding ways to incorporate the two. In this panel discussion, moderated by Dan Stone, you’ll hear perspectives from several Bay Area luminaries who’ve helped shape our city’s food and music scenes. 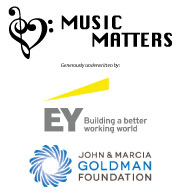