A Debate on Treating Mental Illness: Should We Bring Back Asylums?

Approximately 10 million Americans suffer from serious mental illness. Over the past 60 years, various social, political and economic forces have resulted in the closing of publicly funded psychiatric institutions in favor of community treatment, in which outpatient options and the ability to live independently seemed promising and in many cases less expensive than inpatient care.

Should severely mentally ill people be integrated within the community? Or should asylums be revisited? How would individuals come to be placed in such asylums? What civil rights issues come into play? How would such institutions be funded? Who would staff them and how would training and management ensure humane care? How could modern psychopharmacology and neuromedicine be applied? How could such institutions be structured to perhaps have different levels of institutionalization, from semi-independent living to more comprehensive care? How could they be made into places where people want to be, because their lives would be better than on their own?

Critics such as Dr. Dominic Sisti, principal author of a new report from The University of Pennsylvania, argue that comprehensive, accessible and fully integrated community-based mental health care continues to be an unmet promise. Dr. Sisti’s report further argues that deinstitutionalization has really been “transinstitutionalization,” resulting in a vicious cycle whereby mentally ill patients move between crisis hospitalization, homelessness and incarceration. Most disturbing, the report argues, U.S. jails and prisons have become the nation’s largest mental health-care facilities. The report cites recent studies that show that prisoners with a serious mental illness are two to three times more likely than prisoners without serious mental illness to be reincarcerated, that half of all inmates have a mental illness or substance abuse disorder, and that 15 percent of state inmates are diagnosed with a psychotic disorder.

Dr. Sisti says that new models of fully integrated, patient-centered long-term psychiatric care now exist in the United States and that such facilities are needed to provide 21st-century care to patients with chronic, serious mental illness.

Advocates for community treatment, such as Dr. Renee Binder, president of the American Psychiatric Association, argue that the answer to better treatment lies not in the fact that asylums have been closed but that they have not been replaced with adequate funding.

Join an important discussion about one of the most pressing issues impacting society at large. 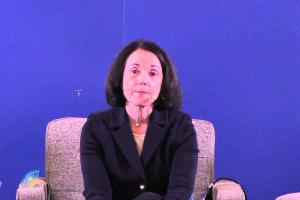 A Debate on Treating Mental Illness: Should We Bring Back Asylums?