The presidential race is really beginning to shape up quickly. Jeb Bush is in, as is the theatrical Donald Trump. Meanwhile, Hillary Clinton's facing a surge of support for challenger Bernie Sanders. And that's just the political news from the national stage; there's also local and statewide political activity making the news.

We'll make sense of it all, even the nonsensical stuff.

Join us as we explore the biggest, most controversial, and sometimes the surprising political issues with expert commentary by panelists who are smart, are civil, and have a good sense of humor. Join our panelists for informative and engaging commentary on political and other major news, audience discussion of the week’s events, and our live news quiz!

And come early before the program to meet other smart and engaged individuals and discuss the news over snacks and wine at our member social (open to all attendees). 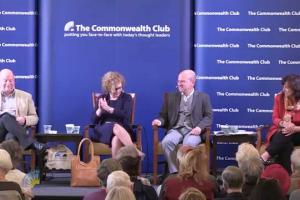