From New York Times bestselling author, and Time magazine's 2010 Hero of the Planet, Robert F. Kennedy, Jr., comes a call for the immediate removal of the preservative Thimerosal from vaccines. Over a decade ago, the mercury-containing preservative Thimerosal was widely believed to have been eliminated from vaccine supplies in the United States and abroad. However, Kennedy says that dangerous quantities of Thimerosal continue to be used, posing a significant threat to public health and leading to a crisis of faith in vaccine safety.

Kennedy argues that the elimination of this chemical from the world’s vaccine supplies and its replacement with safer alternatives would increase vaccination rates by restoring the trust of concerned parents in the vaccine program — a program that is so vitally important to public health. 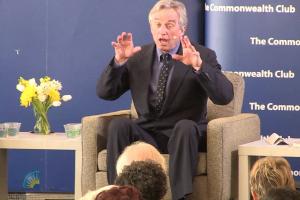