The fight for economic justice is the focus of Senator Bernie Sander’s public service career. He has a been a persistent voice standing up to what he sees as the excesses of corporate America and defending the interests of veterans, working families, the shrinking middle class, the elderly, children and the poor. Senator Sanders is serving his second term in the U.S. Senate after serving 16 years in the House of Representatives. He is now the longest-serving independent in American congressional history. 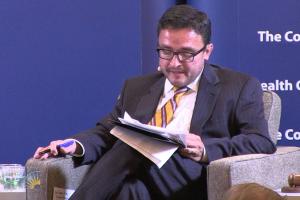