Janet Napolitano and Mark Yudof: A Conversation on the Future of Higher Education

From rising tuition costs to public concern over sexual assaults on college campuses, higher education faces a growing number of issues as 2015 begins. The University of California, with 10 campuses across the state, is no exception. The system is currently grappling with proposed tuition hikes, student protests and a statewide drop in funding. Join Napolitano and Yudof as they discuss the challenges currently facing America’s higher education system and, in particular, the University of California. 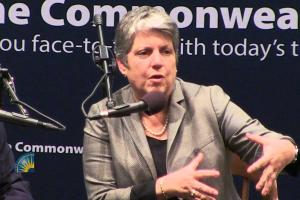 Janet Napolitano and Mark Yudof: A Conversation on the Future of Higher Education