The senator recounts her personal journey in public service and aims to galvanize women to reach beyond their busy lives and make a meaningful difference in the world around them.

If women were fully represented in politics, Gillibrand says, national priorities would shift to issues that directly impact them: affordable daycare, paid family medical leave, and equal pay. Pulling back the curtain on Beltway politics, she speaks candidly about her legislative successes (securing federally funded medical care for 9/11 first responders, repealing Don’t Ask, Don’t Tell) and her crushing disappointments (failing by five votes to pass a bill protecting survivors of sexual assault in the military). Gillibrand also shares stories of growing up the daughter and granddaughter of two trailblazing feminists in a politically active family in Albany, New York, and retraces her nonlinear path to public office. 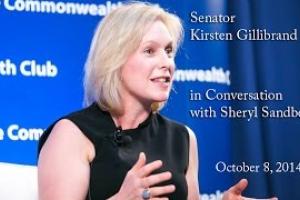