Charles Blow’s columns deal head-on with the searing issues of social justice, race relations and the pitfalls of politics.  As the only African-American columnist on the New York Times Opinion Pages, he writes pieces about American culture that provide powerful insight to the daily headlines.  Blow will talk about those issues and his new memoir, Fire Shut Up in My Bones, which details the compelling poetry of the small Louisiana town where he grew up – a place where slavery's legacy feels astonishingly close. 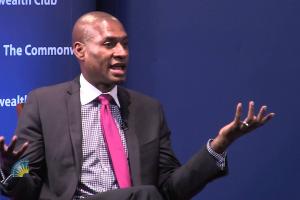