“My first startup had failed. But my next startup was Twitter.” – Biz Stone, in a 2013 Wired article

In 2002, Isaac “Biz” Stone was in debt and attached to several struggling net projects. Today, we know him as a co-founder of Twitter, a successful blogger and author, and an all-around innovator and creative mind. What explains his huge success – his rapid rise, his stint with Google, how he so quickly became the face of Twitter? Biz’s latest book, Things a Little Bird Told Me: Confessions of the Creative Mind, promises to explore just that. It is a collection of pivotal personal stories and lessons about the infinite value of creativity and non-linear thinking. Join us for a conversation with Biz as we discuss his new book and delve into the mind of “Biz Stone, Genius.” 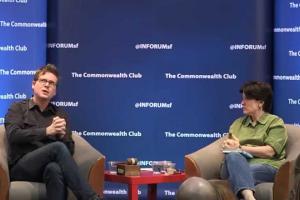