In conversation with Jeffrey Brand, Professor and Chairman of the Center for Law and Global Justice, University of San Francisco Law School

Why do some ethnic groups rise? Drawing on groundbreaking original research, Chua and Rubenfeld uncover the secret to success. A superiority complex, insecurity, impulse control — these are the elements of what the authors call the Triple Package, the rare and potent cultural constellation that they believe drives disproportionate group success. The Triple Package is open to anyone, they say; the U.S. itself was once a Triple Package culture. But it’s been losing that edge for a long time. Even as headlines proclaim the death of upward mobility in America, the truth is that the old-fashioned American Dream is very much alive, say Chua and Rubenfeld — but some groups have a cultural edge, which enables them to take advantage of opportunity better than others. Provocative and profound, Chua and Rubenfeld will transform the way we think about success and achievement. 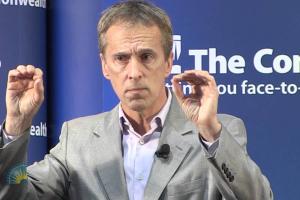