Come meet the leaders of PBS and KQED. Ask them their plans for future programming and let them know your thoughts. Kerger is president and CEO of PBS, the nation’s largest non-commercial media organization, with more than 350 member stations throughout the country. Boland oversees KQED Public Media, including KQED Television – one of the nation's most-watched public television stations during primetime, with more than 1.5 million households viewing per month – as well as KQED Radio, the most-listened-to public radio station in the country, reaching more than 745,000 listeners each week. 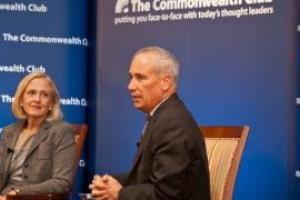