India and China in the World Economy and Why That Matters

India and China in the World Economy, and Why That Matters

India and China are the world’s two most populous countries, with dynamic, fast-growing economies that are reshaping the economic balance of power. It is widely accepted that both countries are becoming forces to contend with – which will present the United States with challenges and opportunities. But though they are often spoken of together, their political and economic systems are very different. The similarities and differences between India and China, the distinct economic paths they have chosen, and the success of their respective models will heavily influence the shape of the future global economy – and the United States. Two noted experts on China and India will compare and contrast modern India and China, and assess their present and future roles. 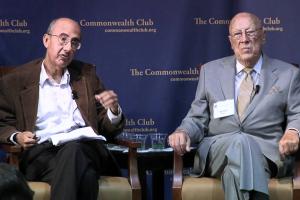