Richard White: Myths About The Transcontinental Railroad and the Building of The American West:

Drawing on his extensive knowledge on the American West and 12 years of research on the railroads, White will reveal the social and economic impact the transcontinental railroad has had on shaping the United States into what it is today. With an iconoclastic perspective, White recasts our understanding of the Gilded Age. Hop aboard as White explores 19th-century politics, greed, corruption, money, and corporate arrogance – and the America formed out of them after the Civil War. 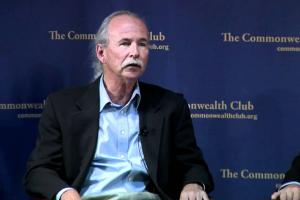 Richard White: Myths About The Transcontinental Railroad and the Building of The American West (6/8/11)