Reza Aslan: Bridging the Middle East and America Through Culture

Reza Aslan: Bridging the Middle East and America Through Culture

American headlines about the Middle East often focus on terrorism, suicide bombings and escalating tensions. The mainstream media can create a massive American cultural blindspot around the literature, history and stories of the Middle East. A political commentator, New York Times best-selling author and an analyst on CBS News, Aslan is considered by some to be an American window to Islam. He is now looking to bridge the gap and share the best of the Middle East's literary leaders. Join the acclaimed author and contributing editor to The Daily Beast as he brings you the cultural luminaries from Iran, Pakistan, Morocco and Turkey and beyond. 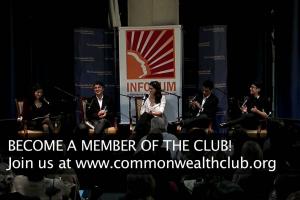 Reza Aslan: Bridging the Middle East and America Through Culture (11/29/10)