Funding the Transportation System of the Future

Within the next two decades, the Census Bureau estimates that the U.S. population will increase by as many as 50 million people, including at least a 25-percent increase in California’s population alone. This population growth, combined with a growing backlog of overdue maintenance work on roads and transit systems, creates a need for significantly expanded transportation revenues. However, the current political climate is generally unfavorable to tax increases. Given these political realities, what new or expanded revenue sources could be generated for transportation? In particular, what options will be politically feasible in the short and medium term? Our panel of transportation experts, representing viewpoints from the national and state level, will discuss possible revenue options and their likely reception from the public and legislators. 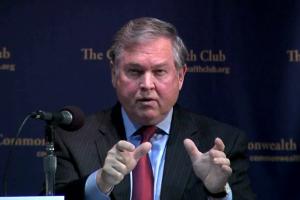 Funding the Transportation System of the Future (6/25/10)