Gulliver’s Troubles: How America Lost Its Groove in the Middle East

Miller contends that America is in an investment trap in a highly unstable region: it can’t fix the Middle East and it can’t run away from it. The arguable diplomatic failure of several presidential administrations has left the U.S. wandering around in a region it doesn’t fully understand.  America, says Miller, has become a modern day Gulliver, tied into knots by small powers and misconceptions. 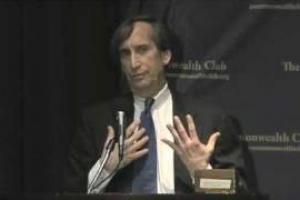