SAN FRANCISCO (January 13, 2015) — Once again, The Commonwealth Club has chosen an outstanding, and very diverse, group of Distinguished Citizen honorees for its annual fundraising gala.

Ambassador James Hormel will be honored for his lifelong commitment to human and civil rights and his outstanding civic leadership nationally, internationally and locally.  For the first time the Club will bestow the honor of Champion of Civil Rights & Social Justice to Ambassador Hormel.

Adobe Systems co-founder and co-chairman Chuck Geschke will be honored for his pioneering work to develop the first digital printing script, revolutionizing the publishing industry and graphic design, and for stewarding a dynamic company for over 40 years. Geschke will receive the Club’s William K. Bowes Lifetime Achievement Award.

Robyn Denholm, Executive Vice President, CFO and COO of Juniper Networks and board member of Tesla will be honored for her leadership in the IT industry.

Physicist and activist Charles Munger, Jr. will be honored for his support for good government, representative politics and a strong and responsible two-party system in both California and the nation.

Elizabeth Holmes, founder and Chairman of the lab-testing start-up Theranos, will be honored for pioneering a concept that could revolutionize the field of medical blood-testing.

Each of these honorees have dramatically broken boundaries in their field, whether they be boundaries of politics, technology, gender, science or being approved by the US Senate and serving as the first openly gay US ambassador.  All of the honorees reflect the Club’s commitment to leadership and citizens who work to improve society.  The Club’s name, Commonwealth, means an alliance for common interests and the common good.

With a special musical performance by:

Please join us in paying tribute to: 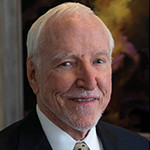 James C. Hormel has devoted his life to the advocacy of basic human rights, social justice and the well-being of all individuals creating, funding and initiating major programs addressing these concerns and seeking to involve others in public service.  He is recognized nationally for his ability to bring together people of different backgrounds and perspectives to form bridge-building coalitions based upon shared values and mutual interests. Hormel served as United States Ambassador to Luxembourg from June 1999 to December 2000. He was alternate representative of the U.S. delegation to the 51st United Nations General Assembly in 1996.  He also was a member of the U.S. delegation to the 51st U.N. Human Rights Commission, which met in Geneva in early 1995. Also in 1995, and again in 1997, he served on the Western States Regional Selection Panel for the President's Commission on White House Fellowships.  For more than 25 years, Hormel has been instrumental in developing resources for organizations serving people affected by HIV and AIDS, substance abuse, and breast cancer. He has served as a member of the board of directors of The American Foundation for AIDS Research and the Human Rights Campaign Foundation.  He was a founding director of the City Club of San Francisco, a club created to bring together community leaders of diverse backgrounds. Hormel's dedication to public service also is reflected in his political activities.  In 1992, he was a member of the Democratic Platform Committee and a Clinton delegate to the Democratic National Convention in New York.  Hormel has five children, fourteen grandchildren, and seven great-grandchildren.  He currently resides in San Francisco with his husband, Michael P. Nguyen. 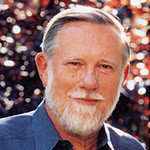 Dr. Charles Geschke co-founded Adobe in 1982 with Dr. John Warnock, driving technology innovations that forever transformed how people create and consume content across every screen. A respected and inspiring industry leader, Geschke was instrumental in developing some of the software industry’s most pioneering technologies. Through his vision and passion, Geschke helped build Adobe from a start-up into one of the world’s largest software companies. Today, he and Warnock are co-chairmen of Adobe's board of directors and continue to shape direction for the company with more than $4 billion in annual revenue. Geschke has served as chairman of the board with Warnock since September 1997. He was chief operating officer of Adobe from December 1986 until July 1994 and president from April 1989 until his retirement in April 2000. Prior to co-founding Adobe, Geschke formed the Imaging Sciences Laboratory at Xerox Palo Alto Research Center (PARC) and was a principal scientist and researcher at Xerox PARC's Computer Sciences Laboratory. Among many awards, Geschke, along with Warnock, was the recipient of the National Medal of Technology and Innovation, one of the nation's highest honors bestowed on scientists, engineers and inventors.  Geschke holds a Ph.D. in computer science from Carnegie Mellon University as well as a master's degree in mathematics and an A.B. in classics, both from Xavier University. 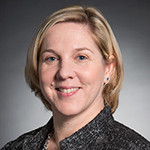 Robyn Denholm As Chief Financial and Operations Officer at Juniper Networks, Robyn Denholm is responsible for the company's finance, administration and business operations, which include; planning, IT, real estate, investor relations, internal audit, manufacturing operations, and business transformation functions. She chairs Juniper’s Operating Committee, and oversees operational excellence programs, partnering with the executive team to ensure a uniform, efficient and scalable infrastructure for the entire company. Denholm has over 15 years of senior leadership experience. In August of 2014, Denholm was appointed to Tesla Motors’ Board of Directors and chairs their Audit Committee. From 2008-2013, she served on the Board of Directors of Echelon Corporation.  Denholm was recognized by the National Diversity Council as one of the top 50 Most Powerful Women in Technology in 2014 and 2015, named to the Silicon Valley Business Journal’s Women of Influence list and in 2011, was a Bay Area CFO of the Year finalist. In 2010, she was on the Profiles in Diversity Journal’s Women Worth Watching list and won the 2009 Institutional Investor All-America Executive Team Leadership and Investor Relations Award. Denholm has served as a steering committee member for the Wall Street Journal CFO Network since its inauguration. 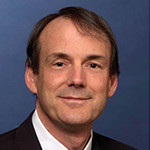 Dr. Charles Munger, Jr. Charles Munger earned his Ph.D. in physics from UC Berkeley in 1987. Together with two colleagues, he developed the technique for constructing the first atoms made entirely of anti-matter. For the last five years has worked on developing an experiment to detect the electric dipole moment of the electron, as a probe of CP-violation that might occur outside the Standard Model of particle physics. Dr. Munger was the lead supporter of Proposition 11, which in 2008 ended gerrymandering by moving the power to draw the electoral districts for the state Assembly and Senate from the California legislature, and into an independent and new Citizens Redistricting Commission. Charles was also the co-author, proponent, and lead supporter of Proposition 20, whose passage in 2010 ensured that the Citizens Commission would also draw California’s 53 Congressional districts. Voters now pick their representatives, instead of incumbent representatives picking their voters. Dr. Munger helped defeat attempts at repeal (Proposition 27) and also legal attacks, sponsoring successful briefs in cases before both the California and the U.S. Supreme Courts.  He also defends every case filed against California’s “Top-Two” primary. Charles is active in reform within the Republican Party, having served as Chairman of the Santa Clara county party, and as a delegate and a committee chair within the state party. From 2003-7 Dr. Munger served under the State Board of Education on the Curriculum Commission, chairing the subject-matter committees both in Mathematics and Science, which oversee the public process for adopting Math and Science curricula and instructional materials for grades K through 8 in California’s public schools.   He participated in developing California’s first state curriculum for environmental education. 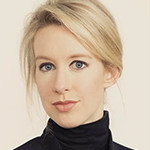 Elizabeth Holmes Elizabeth Holmes founded Theranos in 2003 to shift America’s health care paradigm from one focused on reactive care to one in which early detection and prevention are a reality.  By improving individuals’ access to lab tests, Theranos makes actionable health information available to people at the time it matters, empowering them with the information they need to own their health. Theranos is revolutionizing diagnostic testing through technological innovations that have made it possible to quickly process a full range of laboratory tests at prices that are 50% to 80% below Medicare reimbursement rates. Theranos is making the diagnostic testing industry more transparent by publishing all its prices, charging everyone the same prices, and voluntarily submitting all of its tests to the FDA for review. In 2015, Ms. Holmes worked with leaders in Arizona to pass the first law that expressly recognizes individuals’ right to directly access laboratory tests without first obtaining an order, which often requires  justifying a health concern or relying on insurance eligibility. Elizabeth serves as a U.S. Presidential Ambassador for Global Entrepreneurship, and she is a member of the Harvard Medical School Board of Fellows.  She is the recipient of numerous honors, including the 2015 TIME 100 Most Influential People in the World.

The Annual Distinguished Citizen Award Gala will be emceed by Dan Ashley, anchor at ABC7 News, and a panel discussion among the honorees will be featured that evening. The dinner is the Club’s most significant annual fundraising event, which raised more than $1 million last year. Jaleh Daie, PhD, Managing Partner of Aurora Equity is this year’s Gala Chair.

Media interested in attending should please RSVP to rrafner@commonwealthclub.org.

Founded in 1903, The Commonwealth Club of California is the nation’s largest and most active public affairs forum, with about 22,000 members.  Based in San Francisco and Silicon Valley, the Club hosts over 450 conversations, town hall meetings, lectures, performances and discussions each year on issues of regional, national and international significance.  At least one million people hear The Commonwealth Club’s weekly radio broadcasts on more than 230 stations across the country. The Club hosts Climate One, a dialogue on climate change, and the program series Inforum.  The Club’s new headquarters is currently under construction at 110 The Embarcadero in San Francisco.