Injustice has come face to face with technology's modern-day picket sign. Change.org is a website with 60 million users which allows individuals and organizations to create and sign online petitions for anything from human rights to sustainable food. Notable successful petitions include the South African parliament launching a national task team to end “corrective” rape and the overturn of the Boy Scouts of America’s refusal to acknowledge high schooler Ryan Andresen as an Eagle Scout after he came out as gay in 2011. Ben Rattray was named to 2012 Time 100 List of the World’s Most Influential People and was listed as one of Fortune’s 40 Under 40 Rising young business leaders of 2012. Join us as we award him with INFORUM’s 21st Century Visionary Award, and hear more about his mission to leverage technology to change the world. 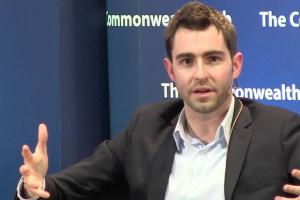