Newspapers are Dead. Now What?

Death of Newspapers, Now What? 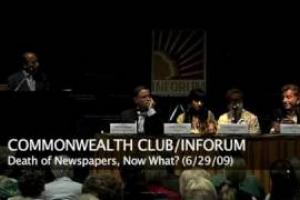